0 Basque Country Diaspora around the world 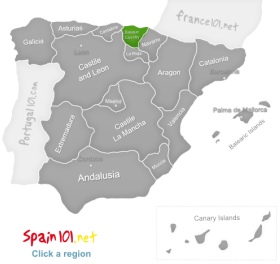 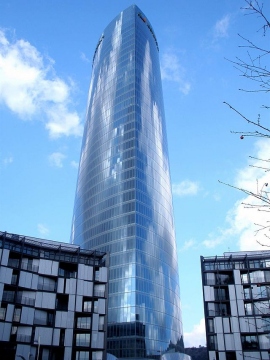 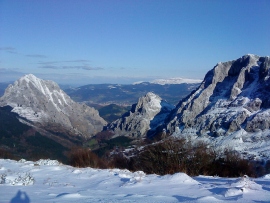 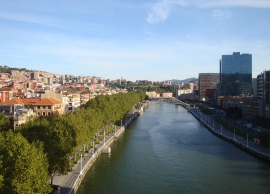 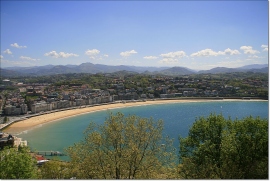 The Basque Country is a unique and very independent part of Spain. About a third of the population the Basque Country also speaks the Basque language, which is unique to this part of Spain. While it might sound like it is a bit connected to the French and Spanish languages, the language actually has no connections to any other languages at all, which turns it into a bit of a puzzle for linguistics and historians. If you travel in Basque country, you will also notice one or the other sign in that language.

Apart from the language, this Spanish region is also quite different when it comes to the culture, and you will notice that some things are quite different from the rest of Spain. You will see some local games and sports that can't be found in other parts of Spain (like pelota vasca, the Basqueball game), and you will also quickly see that the region is a region of contrasts. The Basque country is one of the heaviest industrialised regions in Spain, and yet you can also discover areas of outstanding natural beauty which make you feel like you are in the middle of nowhere.

Bilbao is not only the biggest city in this region, it is also the one that might not leave the best first impression. When you get closer to Bilbao, you will most likely see lots of smoke because the area around Bilbao is very industrialised, and you'll hardly ever see a day during which there is no smoke coming out of the huge industrial chimneys. It all gets a bit better when you are in Bilbao itself because the industrial centres aren't in the city itself. You might even be surprised because the city is quite clean, and you won't notice that much of the pollution that is going on around it.

Many people are drawn to Bilbao because of the interesting Guggenheim museum. It is definitely a building that stands out from the rest. There are only seven Guggenheim museums in the whole world, and the one in Bilboa was completed in 1997. Another example of modern architecture are the the twin towers Torres Isozaki.

It is not all about modern buildings, shopping, and industry though. You can also get a taste of ancient Spain by visiting sights like the Cathedral, the 14th century church Iglesia San Anton, and Basilica Santuario de Nuestra Señora de Begoña. Bilbao has plenty to offer for people who have an interest in history, but also for people who like what modern life has to offer.

This city is only 20 kilometres from the French border, and located in the beautiful bay of the conch (Bahia de La Concha). San Sebastian is not only in a great location, and offers the visitor plenty of fine architecture to explore, it also is quite famous internationally because if the Jazz festival and the international film festival. In the past, many celebrities were drawn to San Sebastian, which of course had quite an impact on the local economy and the development of the area. It has turned into a luxury holiday resort overtime, and also has a casino. But of course, it's not all about resorts and casinos in San Sebastian. You can visit attractions like the French style villas (not a surprise with the city being so close to France), the church Iglesia de Santa Maria, a museum, and some interesting sculptures next to the beach. San Sebastian is also famous for its many Michelin star restaurants, so you can be sure that you'll be able to find some very fine food in this city.

Vitoria-Gasteiz is the place where all the Basque politicians are, and it is in general a quite multi-cultural city. There is a cathedral, other historic buildings and there are plenty of good museums in which you can learn about the Basque culture.